Back to health library main

What your dentist could tell you about your heart health 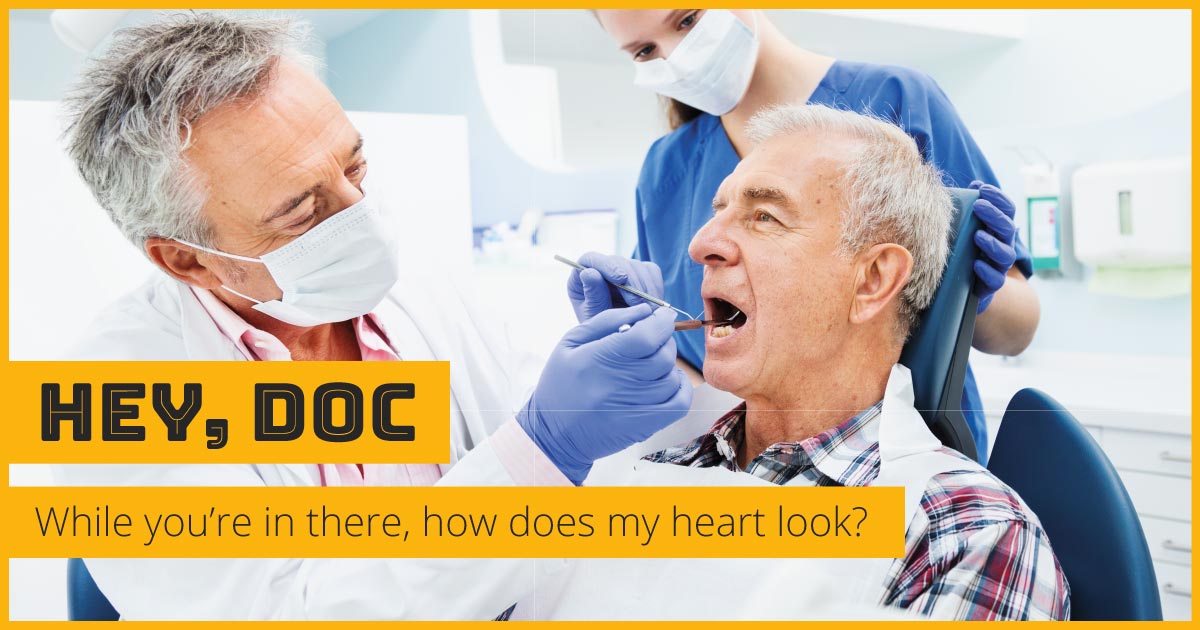 Oct. 15, 2019—Having a healthy mouth may do more than brighten your smile. It could lower your risk for a heart attack or stroke. That's because people with gum disease are more likely to have high blood pressure, according to a new study.

Researchers reviewed the results of 81 studies. They found that the more severe gum disease is, the higher the risk of high blood pressure.

According the Centers for Disease Control and Prevention, nearly half of adults 30 and older in the U.S. have gum disease. And almost half of Americans have high blood pressure, according to the American Heart Association, though many don't know it. Left untreated, high blood pressure can lead to a heart attack, stroke or other serious health problems.

What's the link between gum disease and high blood pressure? Researchers suspect it's inflammation. In gum disease, the tissues that support the teeth become infected, red and swollen. One possibility is that infected gums may trigger inflammation in other parts of the body too. That could harm blood vessels that feed the heart and other organs.

Or it could be that some people develop gum disease and high blood pressure because they are simply more prone to the conditions—or because they have risk factors, like smoking, that put them at risk for both.

More research is needed to find out if treating gum disease might bring down high blood pressure—and vice versa.

But in the meantime, if your dentist says you have gum disease, it's worthwhile to keep a close eye on your blood pressure too.

The study appeared in Cardiovascular Research.

Take this quick quiz on high blood pressure to see how much you know about this common condition.